The new tramway station in Ostende (BE) is connected by a ramp to the "Ancien Pont", thus giving access to the east coast. This ramp, comprising an earth-slope, had to be framed on its sides by retaining walls. These walls, which retain the new ramp, cut the embankment and thus leave more space at its foot. During the work, the tramway traffic could not be interrupted. Thus hot rolled steel sheet piles were driven using a vibratory hammer into the existing embankment along the line of the track. One of the two tramway tracks always remained operational. The two retaining walls are connected together by anchors.

For the architect, it was necessary to establish an aesthetic link between the new tramway station on the one hand and, on the other hand, the "Ancien Pont", classified as an historical monument. This concept was achieved by a combination of steel sheet piles providing both the structure and the aesthetics, and by architectural concrete. The shape of the sheet piling wall represents sea waves, typical for the port city of Ostende, while the highest points of the wall confer a futuristic resemblance to the towers of the old historic bridge. The steel sheet piling lends itself well to the aesthetics of the artistic concept.

The BZ 12.1L sheet piles are coated. The surface coating comprises sand blasting, a zinc primer and two coats of a two component system (epoxy plus acrylic) in a red colour blending with the tramway station and the vaulted arches of the bus stop. Thus the whole conception artistically links the past to the present. 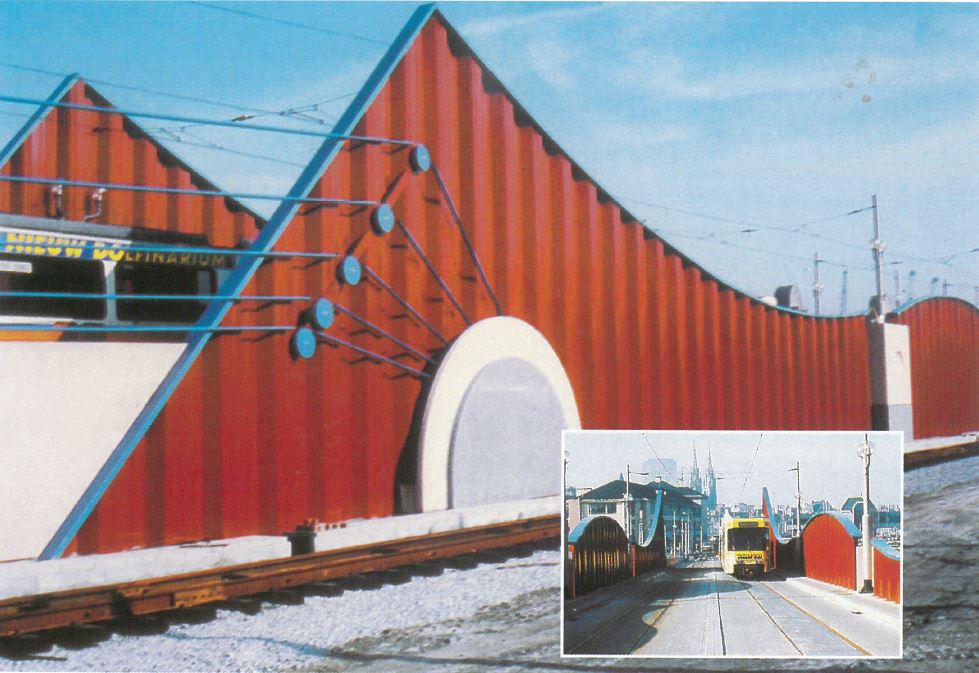